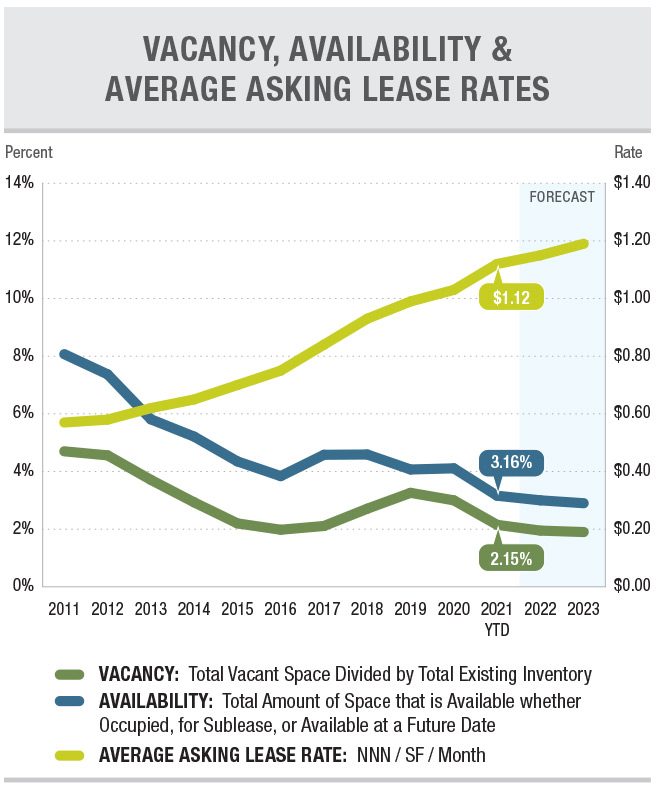 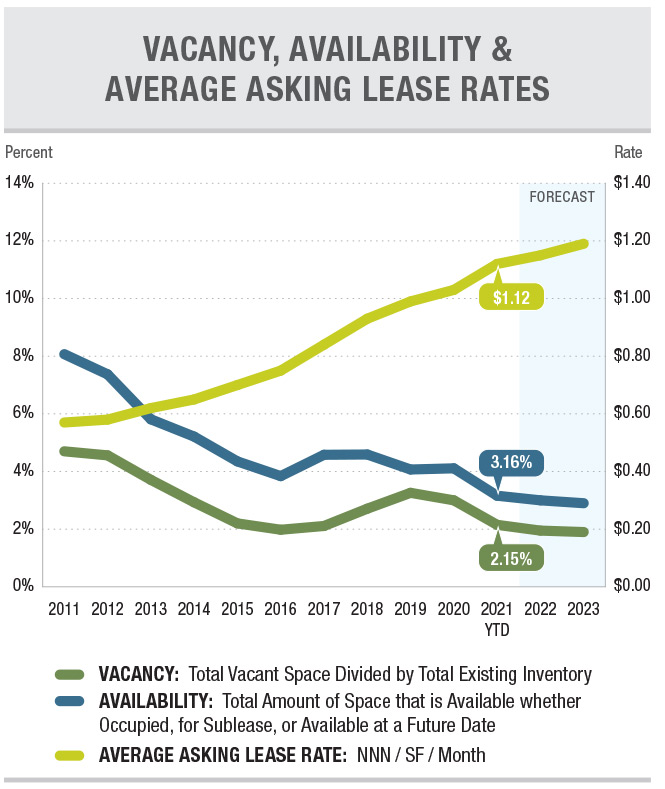 The Orange County industrial sector tightened even further in 2Q. Demand ratcheted up while supply dwindled. That caused another substantial decline in the vacancy rate and another increase in both sales prices and lease rates throughout the region. Business owners ramped up operations across most industry sectors in anticipation of an end to pandemic lockdown protocols that were lifted on June 15. Another surge in owner-user purchase demand raised prices to a record high, and tenants desperate for space are paying more for than ever. E-commerce, which took up the slack during the pandemic, has picked up even more steam, but the supply of good quality distribution space has dried up, forcing more e-commerce users to opt for the Inland Empire to meet their growth needs. Mortgage interest rates for owner-user buyers, which spiked in 1Q, have come back down again after a scare in the US Treasuries market ran its course through 2Q.

The overall vacancy rate in Orange County fell to 2.15%, a 33-basis-point drop from the previous quarter. Tenants and buyers are competing aggressively for product, often offering above asking prices to secure space. The North County submarket, the largest in the county at 111 MSF, now has a vacancy rate of just 1.58%, and a significant portion of the available space has elements of functional obsolescence that reduce operational efficiency. The availability rate, which includes space offered for lease or sale but is still occupied, fell from 4.01% to 3.16% in 2Q, which indicates an increase in lease renewal activity and a reduction in space offered for sublease. 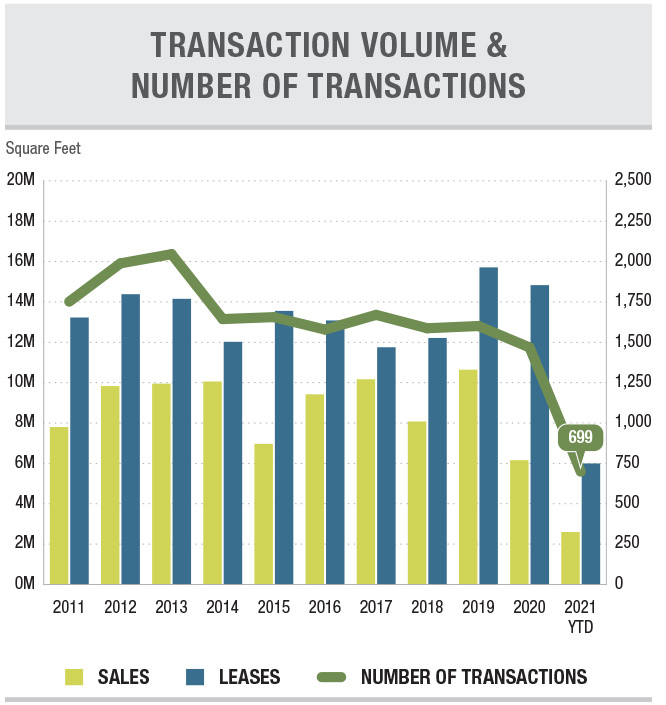 The average asking lease rate for the county added another five cents to reach $1.12 in 2Q, breaking another record. Landlords still hold all the cards in lease negotiations. Concessions are at a minimum, with many deals being struck with neither free rent nor landlord-sponsored improvements. Many leases are finalized at a rate above asking and landlords are still often demanding personal guarantees and hefty security deposits. Asking lease rates were up sharply in four of the five major submarkets, with the Airport Area seeing the largest increase, rising $0.09 to $1.14.

Lease and sale activity was up in 2Q, rising by more than 1.5 MSF to 4.8 MSF. In all, 353 transactions were completed during the period (253 leases and 100 sales), as compared with a total of 264 leases and just 56 sales in 1Q. Large investment deals made a big contribution to this quarter’s total.