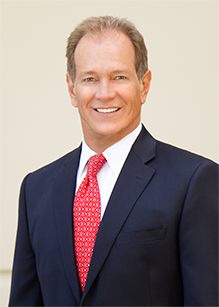 Michael A. Hefner is presently in his thirty-sixth (36th) year in the commercial real estate industry. Mike has developed an extensive list of clients including property owners, financial institutions, developers, investors and users. He has a comprehensive knowledge of all aspects of real estate transactions including investment sales, build-to-suit, development and lease transactions. He is committed to providing his clients the highest level of professional service, and as a result has developed a long list of repeat and referral clientele. Over the course of his successful career, Mike has negotiated and completed in excess of 1,480 lease and sale transactions, totaling over 37 million square feet with a collective value of more than $2.4 billion.